Potato chips are those similar to Ruffles. French fries are more similar to those served at McDonald’s. The difference, then, is in the shape (format). According to some scholars, this difference is only made in the United Kingdom. Americans take everything as fries (no matter the format). Some dictionaries tell us that potato chips is also known as crisps in England.

Ok! But what about “batata palha”?Can we get a dictionary and translate word for word? If so, we’d have “batata”-“potato” and “palha”-“straw”. Would it be possible to say “potato straws”? Believe it or not, you can say that. There’s even an easy recipe to make them at home.

But there are other words too! One is “shoestring potato“. These, in my humble opinion, are much more similar to our “batata palha“. According to a dictionary I have here, shoestring potato are potatoes cut into long, very narrow strips and fried crisp in deep fat. In fact, this is the that we find more occurences on Google. So, “shoestring potato” is for sure the best option we have.

Now that you’ve learned that I hope you make us the word as much as possible. Reusing and creating images on your mind with that word help you better memorize it!

That’s it for today! See you tomorrow! 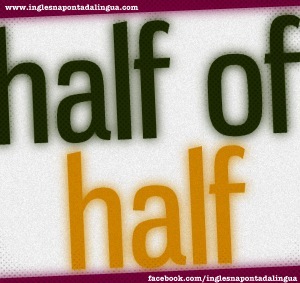 Half ou Half of: qual o certo?

Gramática: SOME e ANY (parte I)