On Facebook, people have been asking me what the difference is between “at the end” and “in the end“. As not all Inglês na Ponta da Língua blog readers are on Facebook, I decided to share the answer here as well. So, keep reading to learn this.

The use of these two combinations is not as difficult as you may think. All you have to do is to understand how they are actually used in English. The problem is solved by just reading examples and learning the meaning of each combination. So, let us first see some examples with “at the end“: 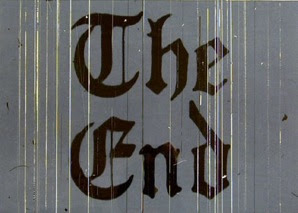 “At the end” is always used to talk about the end of something (a class, a game, a concert, a street, an avenue, etc.). “At the end” is the opposite of “at the beginning“. Another interesting thing is that the whole combination is “at the end of“. That is, what you have to learn is that in English it’s always going to be “at the end of“. Read the sentences above again and notice that in all of them there is an “of” after “at the end“.

As you can see, both combinations are really used in different contexts and with different meanings. Always keep in mind that they use “at the end of” as the opposite of “at the beginning of” and “in the end” as a synonym of “finally“. Once you’ve learned this, you can even use them together:

Well, that’s it for today, guys. I hope you’ve enjoyed this tip. Take care. Oh! If you’re on Facebook, go to facebook.com/inglesnapontadalingua and like our fanpage. You’re going to learn much more in there.