Well, the podcast idea was really welcome by the readers and fans. I got really nice words here on the blog, on the Facebook page (please like the page). So, here I am with another edition of Inglês na Ponta da Língua podcast.This time I have something totally different. You can listen to the audiofile and can also read the tip. Yeah! You can read it too. So, below you have the audiofile and below the audio file you’ll find the script to read while you listen. I hope you like this. Take care, you guys. I wish you a wonderful weekend.

The great actor from the movie Fast and Furious (Velozes e Furiosos), Vin Diesel, recently wrote the following words on his Facebook fanpage.

“We all know, I tend to shy away from award shows… However, I can’t tell you how honored I am to be Nominated for an NAACP award, for the portrayal of Dom Toretto in Fast Five. Haha… one to be proud of… I am lucky to have such a great ensemble of actors, director, writer, producers… and even the studio. Film is truly a team effort, and everyone gave above and beyond.”

Anyway, being shy or not, he gave us three good things to learn in English. Three common expressions used in daily conversation. The first one is “we all know” which means “todos nós sabemos” or “todo mundo sabe” or “a gente sabe”. It’s a common thing to say in colloquial English so learn and practice it. There you go some other examples:

Well, now it’s up to you. Can you find more examples with “we all know”, “shy away from someone/something” and “give above and beyond”? Take care!

AT LEAST e AT LAST!? Qual a diferença!? 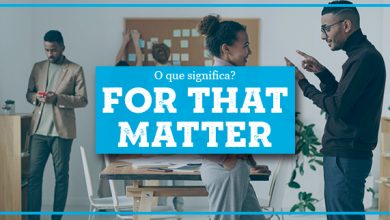